In November I visited Castle Howard with a friend, Robert. A slightly long suffering friend who has had to endure my habit of approaching strangers on more than one occassion... I spotted a long and lean and lovely young man, one of the waiters in the cafe, and immediately wanted to draw him. What to do? The only thing to do was to ask him. Me: 'er, I'm sorry Robert, but I've just noticed...'  Robert, sighing: 'AGAIN???'
So I approached the young man, asked and luckily he said... ok!

At the beginning of March, I had a week away in a little cottage with my friend Claire, for our annual arty lock-in, with no distractions and nothing to do but draw, paint, walk, knit and listen to Audible. Fantastic. So I got a good start on the tall project. I decided that as he was such a tall fellow, it would be most impactful to draw him life size. But it ended up a bit taller than that. Lets just say, the paper itself is 7.5 foot tall. Ahem. It's the largest drawing I've ever done.


It was a bit of a workout, firstly for my arms, with lots of stretching. 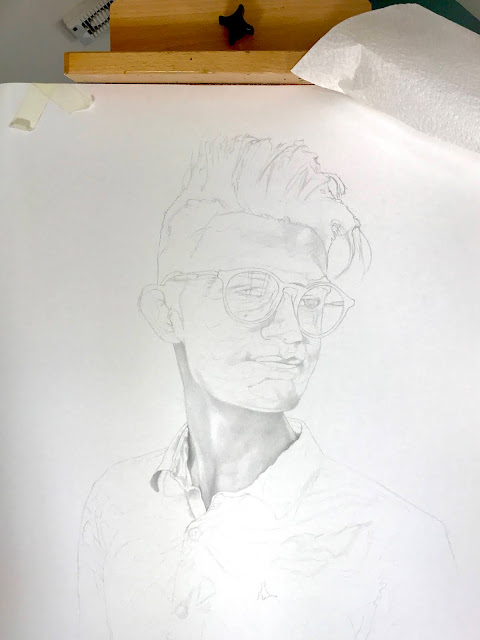 I mapped everything out in line first, using HB graphite pencil. I started at the top, standing on a step, and worked downward. 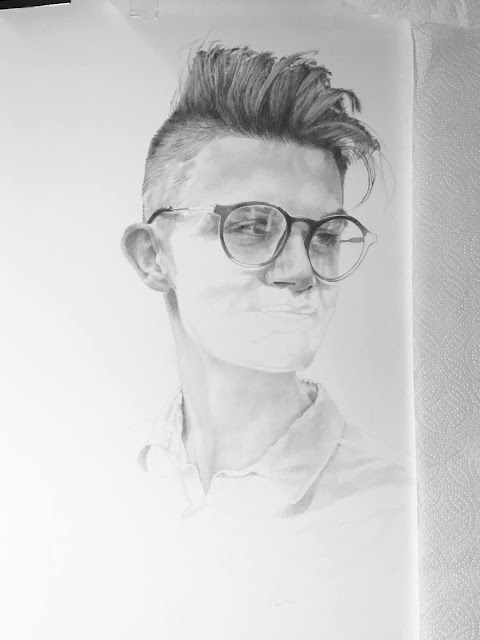 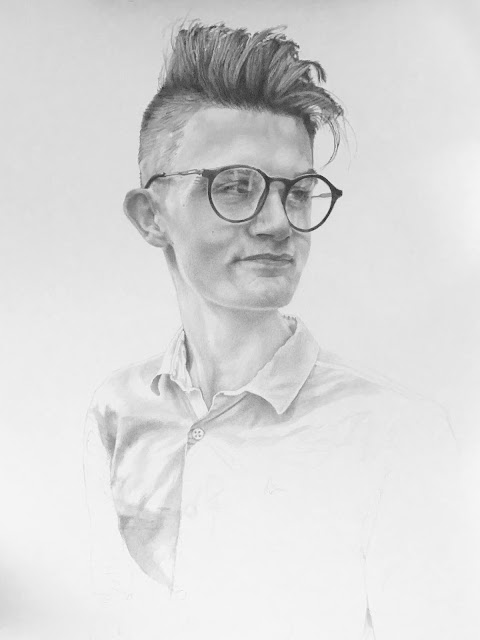 Once the face was completed, the shirt-challenge was on. All I can say is, it would have taken even longer if he'd been wearing a pattern, so I'm grateful for the white shirt! 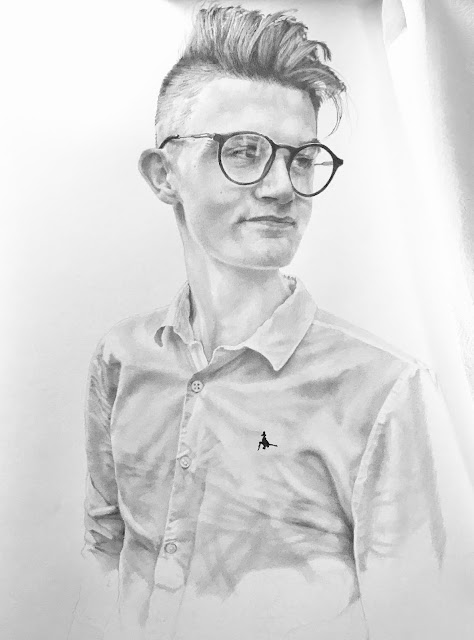 By 23 March, this is as far as I'd got as by now I was drawing in between classes. That day, he was rolled up again and taken home, as  this was the start of lockdown. 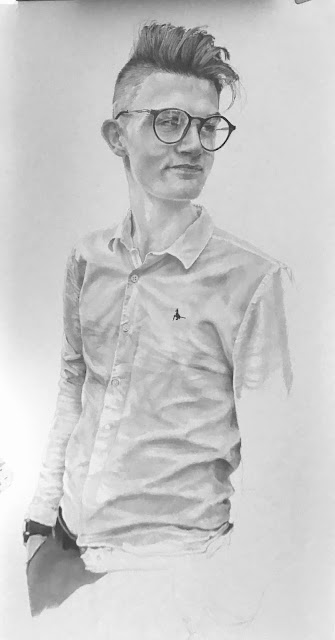 I worked for the next four weeks at home, doing all my classes online with accompanying demonstration videos. This meant I had little or time time to continue drawing. Then, cramped in the smaller rooms at home, I decided to move back to the studio, and Zoom, alone, from there. The space was bliss.  On a practical level, by the time I reached the top of the trousers, the top half of the paper was going to have to hang over the top of my easel, which I wasn't overly happy about. So I spread the paper out on the table, and worked like that. Side-saddle. Not comfy. 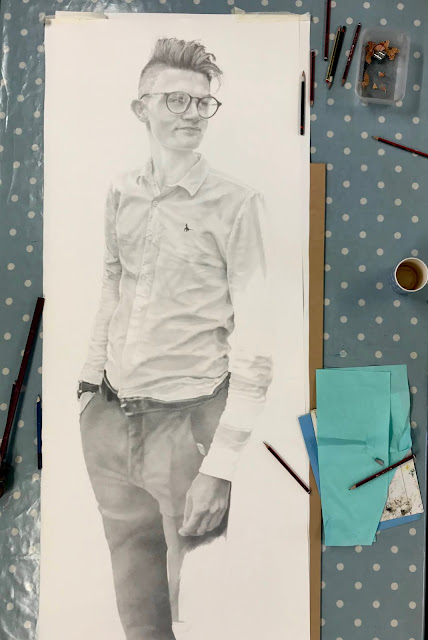 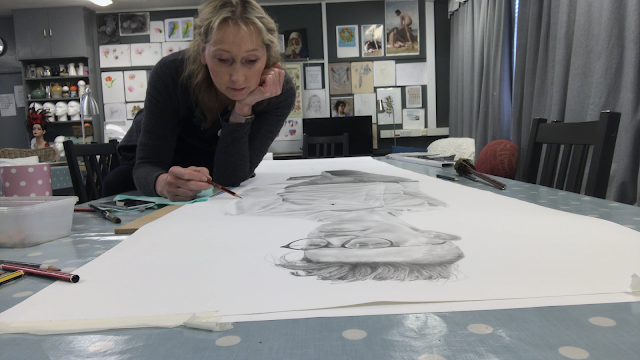 By the time I reached the feet, side-saddle just wasn't working for me - I couldnt get a good enough overview of what I was doing. So I propped the bottom of the sheet of paper over a table-top drawing board, and harmony was restored. 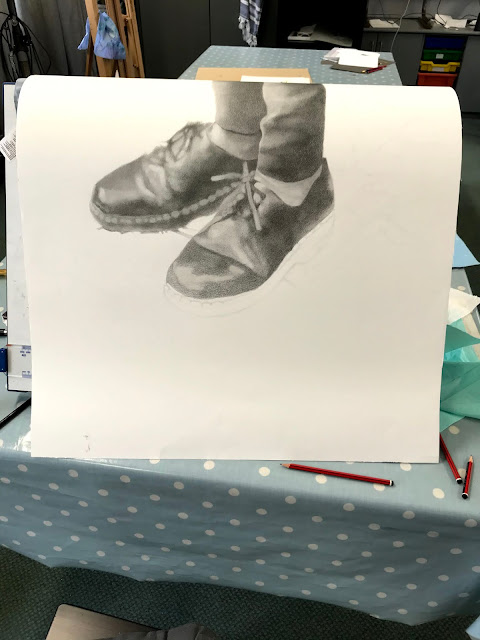 The final strokes were put on on June 4th, meaning the artwork was on the go for three months.Though I hardly got anything done on it during April and half of May.

Pencil is incredibly difficult to photograph. The next two photos don't do the drawing any justice at all, but they give you the scale if nothing else.

I intend to do a full size oil painting of Liam Long, so will move on to a colour study next...