Preparation is everything...! Clay models, and In-Between spaces.

Time is getting nearer, it's only a couple of weeks till the Draw In Symposium & workshops get underway. Much preparation has been going on behind the scenes, including regular meetings with Peter Cooper, while he perfects his clay modeling techniques, for demonstration.

It's one thing to paint or draw or sculpt, but it's quite another thing to do it in public, within a tight time frame... It has been a very interesting experience for me to watch, and to help work out ways to make it all....FASTER!
For the first meeting, Peter decided to make a Frankenstein head, and he set to work with photos and drawings next to him for guidance. The time factor hit home straight away - it took a full 25 mintues to wrap the foil around the armature, for the base of the head.. Too slow! It was also too LOUD to talk at the same time - tin foil makes a lot of noise! 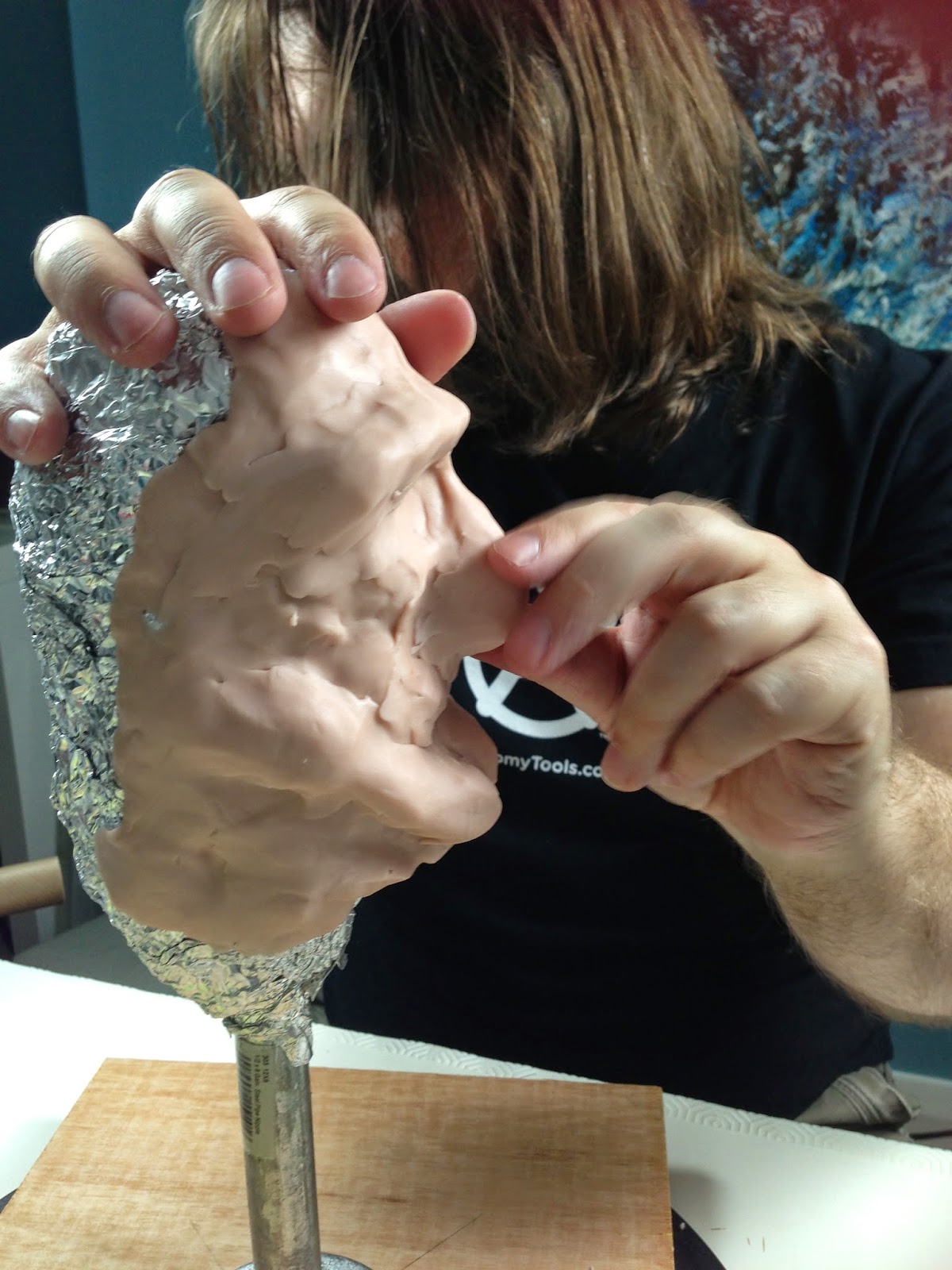 Peter worked on, and watching the head slowly appear from the clay was fascinating. 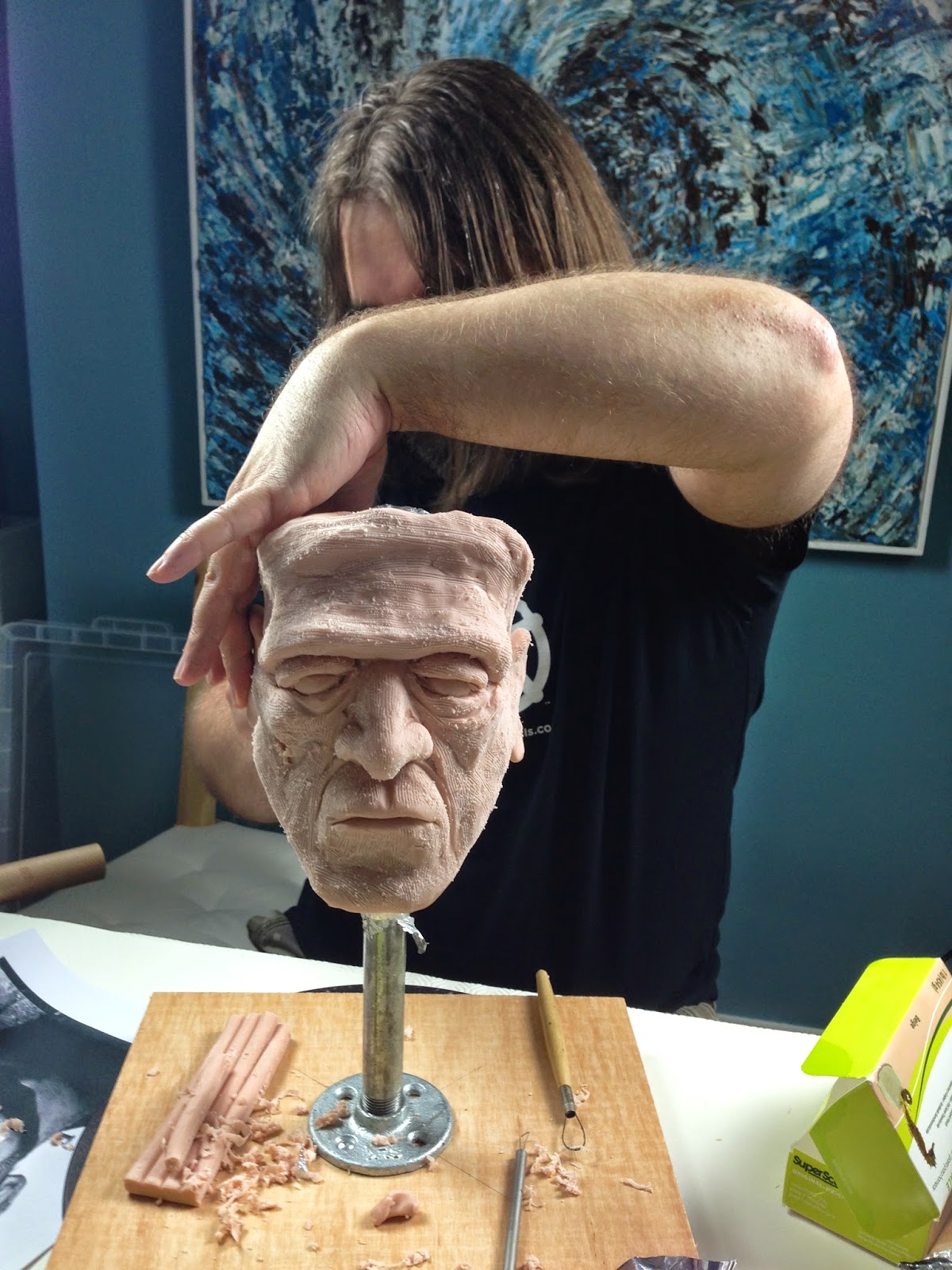 It took two and a half hours to reach this stage (above) - and since then, Peter has tweaked and altered, extended the head and generally fiddled about with it, and he will be showing it at the Draw In Symposium.
During the process, he decided he'd like to have a try at recreating one of PJ Lynch's illustration characters. He is very fond of PJ's young dragon, called Ignis.


I contacted PJ, and got his permission to go ahead.. So, another night, and out with the tin foil again... 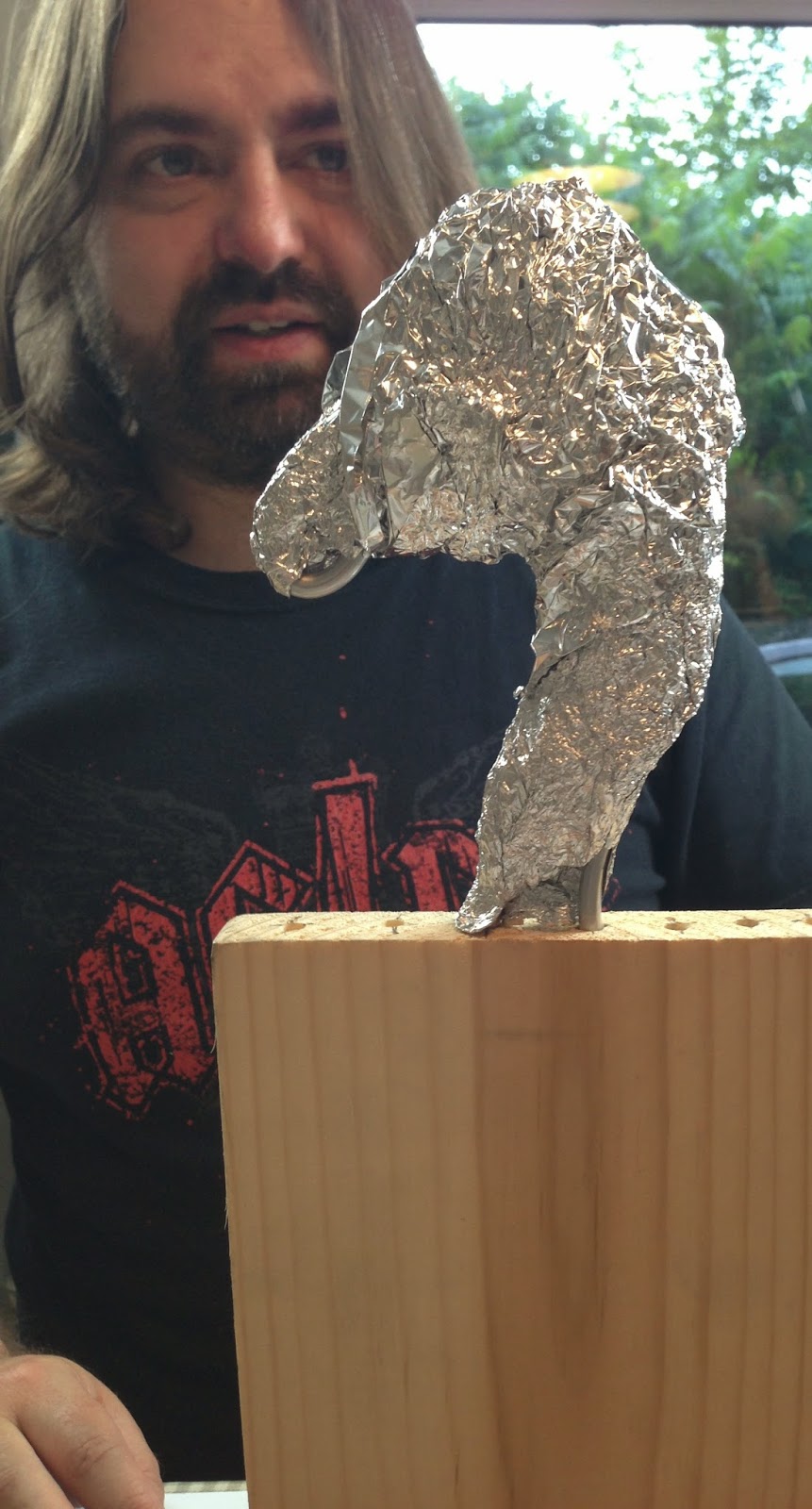 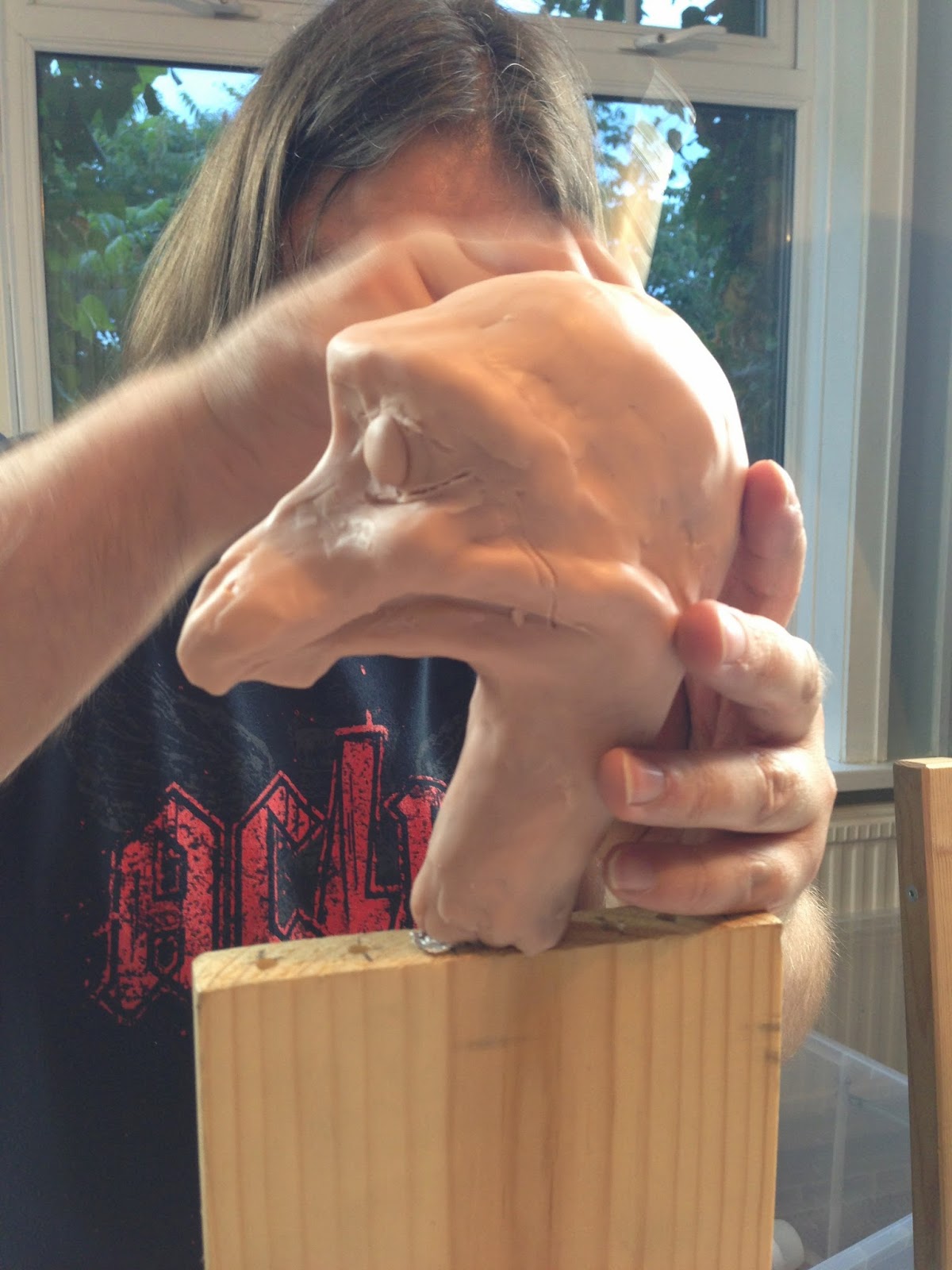 This was tricky, and much more difficult than Frankenstein (who knew..?).  By the end of the first session, he decided that there wasn't enough  neck, so he gave it not one, but two neck extensions till it looked like this... 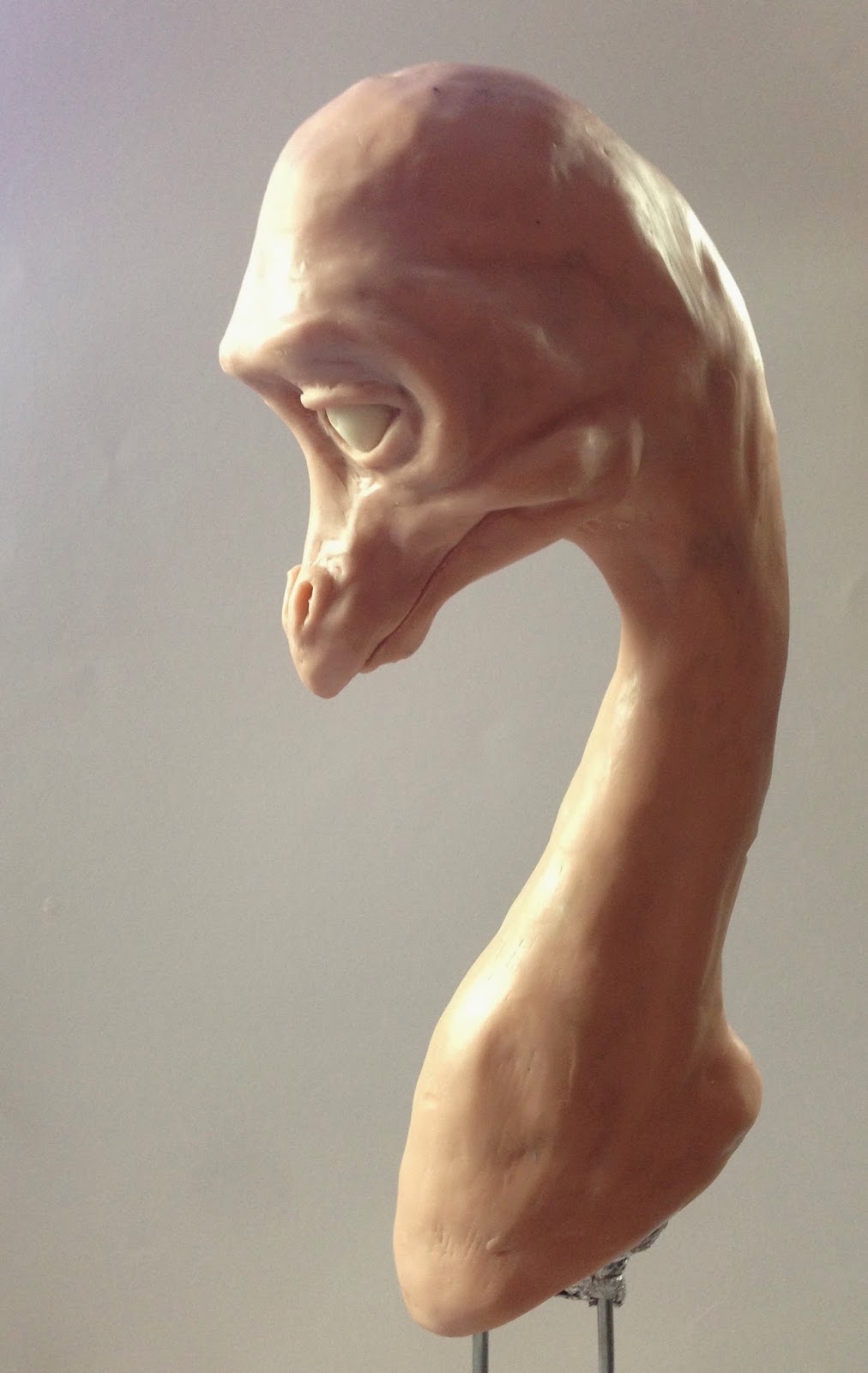 Coming along nicely! Seeing the careful stages involved here really shows how much work there is between the drawing and the end result. Most of the time is spent in-between. During that time it is important not to 'judge' the progress, but to evaluate and assess it. Patience, and an eye on the end goal, is paramount to creating anything.

Peter is demonstrating his techniques during the Draw In Symposium in Belfast at the end of August and is joined by PJ Lynch, Paul Foxton and many other contemporary artists, demostrating and providing hands-on workshops. For information please check out www.draw-in.co.uk