Last weekend I gave the first ever drawing class to be held in The Drawing Offices, in Belfast's Titanic Quarter.

This is where the highly skilled draftsmen drew plans for the ships built by Harland and Wolff, including Titanic and Olympic.

Location drawing always presents it's own challenges specific to each site. This room is big and empty, which could have been daunting - it's aircraft-hangar-large, with lofty arched ceiling making people seem very small indeed.

But, daunting it was not.

The atmosphere of the room was still, with a delicious kind of calm. None of the students had been here before, and location drawing was new to most of them. As one student put it, its good to get out of your comfort zone. I tackled the enormity of the building by 'reducing it' into more manageable sections, which not only allowed students a user friendly introduction, but also gave us scope to appreciate the finer details of the room. From the reflections in the inner windows (which revealed layer upon layer of rooms, patterns and shapes including Titanic Belfast, the new museum across the way), to the paintwork on the walls. The paintwork is crumbling, but in such a beautiful way that it is worthy of a portrait in itself.

Here are just some of the drawings the students did, in a very short time. 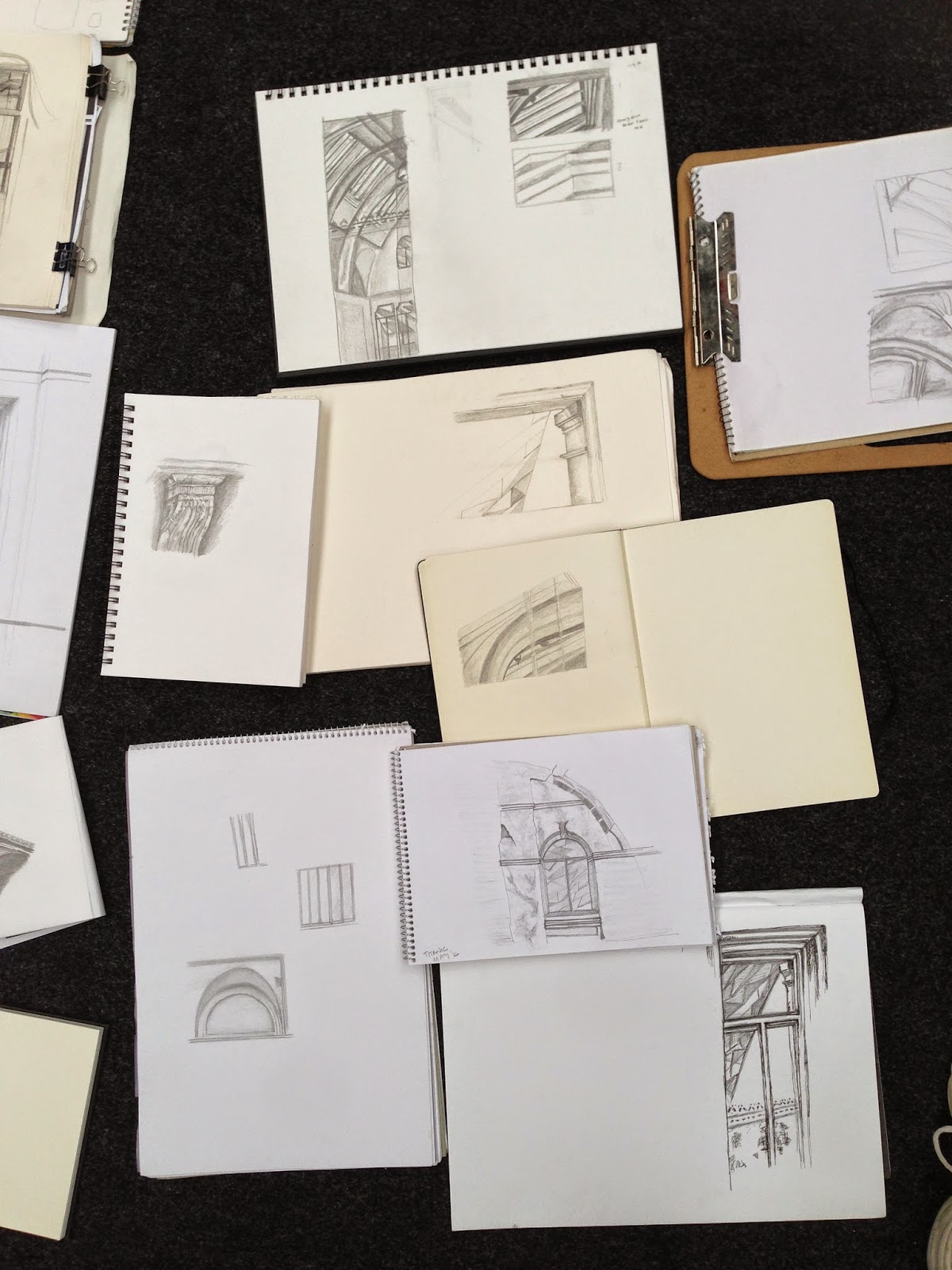 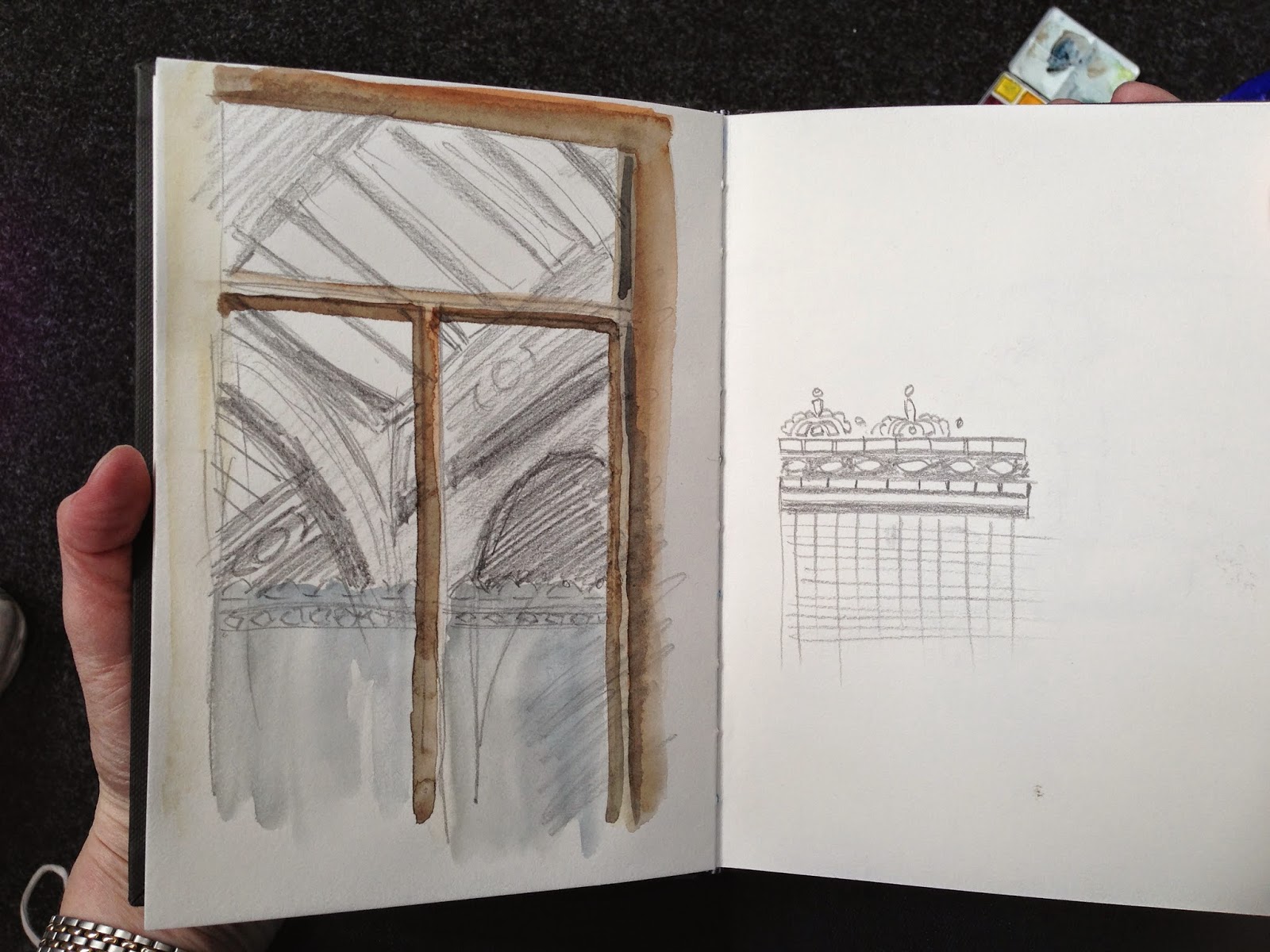 It was a lovely afternoon, a fantastic experience and so appropriate to be drawing in The Drawing Offices.  I hope to have many more drawing days there in the future.
If you would like to attend, please email julie@juliedouglas.co.uk