I'd not used charcoal pencils before and was asked if I'd have a try. They are more commonly used to define a chalk pastel drawing, rather than for their own merits. So I drew young Aiden, who is Mr Adorable-Delicious, obviously. 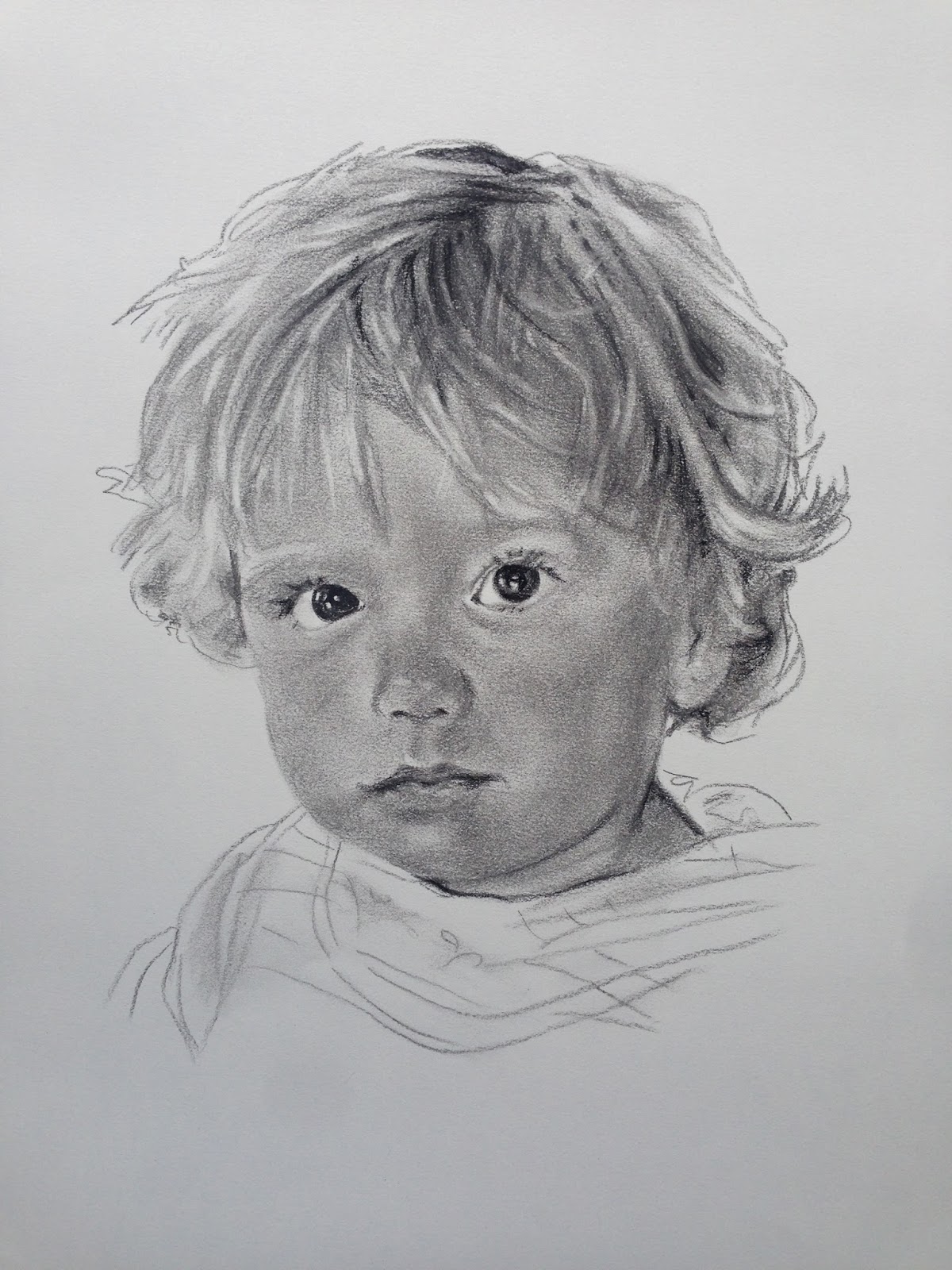 I drew larger-than-life, as the charcoal pencils are farily thick, so I'd not be able to get the detail in if I worked too small. I used Strathmore drawing paper, which has a slight tooth to it, and set to work. The first marks were rather scarey, as the charcoal goes on... black. Eek. Softly softly, and lots of rubbing with a finger.

I bought a variety of charcoal pencils but mostly used just two of them (because I didn't like the others - too scratchy). I used Derwent' Light' and Faber Castell Pitt Charcoal, medium. The Derwent gave a good, pencil-type grey and blended on the paper nicely. The others were so black that they almost scored the paper. I used Faber Castell Pitt Charcoal Soft for the pupil in the eyes - i gave a dense rich dark sitting on top of the medium.

All in all, good to try new things. In the end, I liked the scale and the risk of dealing with blackness.