Recently I received a lovely commission - the client wanted to buy a drawing I had done previously of a conker, and asked for a sweet chestnut 'to match'.  Fortunately, she asked at just the right time of year, for the autumn was getting itself ready to produce seeds, so I spent some time walking and driving around looking for trees. Eventually - after many miles across the city, which turned out not to have many Sweet Chestnut trees at all (as opposed to Horse Chestnut trees, which produce what we call Conkers) - I happened upon two fine specimens, right on my own road...!

The next problem was that the chestnuts were quite high up, and none had fallen. But I had a deadline, I couldn't simply wait. So... after dark my son and I took the dog for a walk, and brought along a big bag, and the loppers. He climbed up the tree and bent the branches down, and I managed to 'release' one or two which just happened to fall into my bag... Except, there's a better one, 'lop', ooh, and another over there, 'lop'.. Until the bag was filled. All the shells were tightly closed, and it was difficult prizing them open - it was as if they were glued shut, until they were ready to come out. I got into them eventually so that I could show some of the nuts in the drawing. 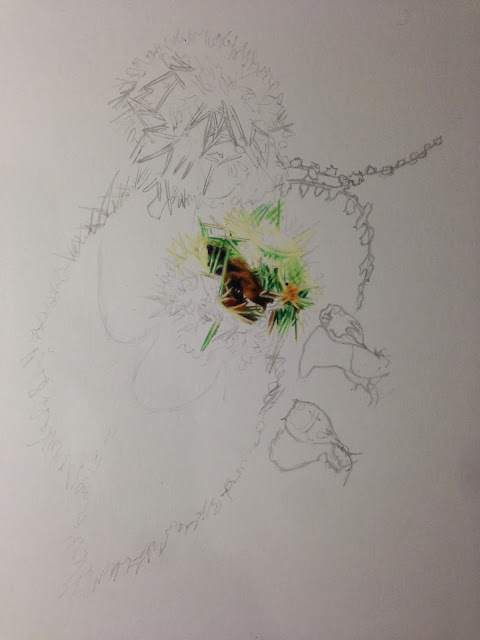 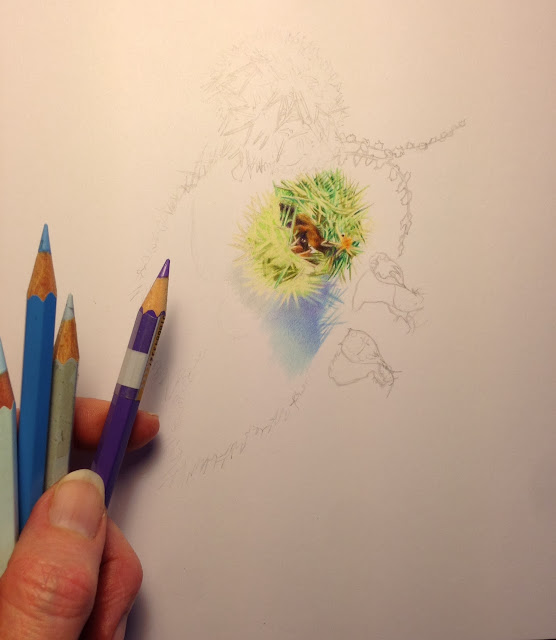 It was a very challenging subject, made harder because the size needed to match the conkers I had drawn previously. Mark my words, I wished I'd drawn the original conker larger! Getting those incredible spikes had my eyes crossed sometimes. 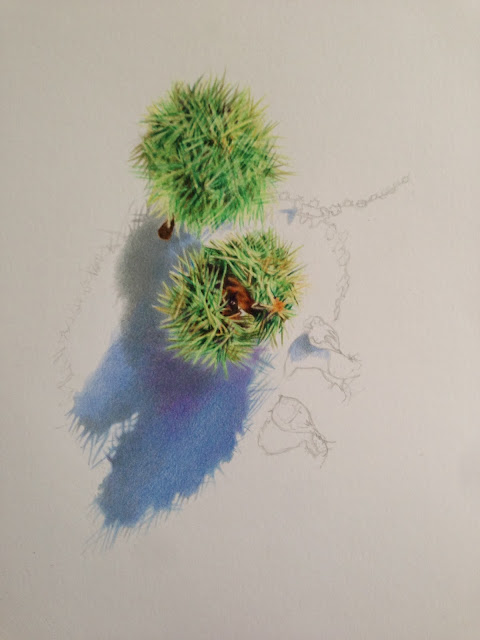 I could only manage a few hours per sitting as the prickles were mind boggling. In all the artwork took around 25 hours. Yikes! I got a lovely thank you letter from the client - it was a special birthday present, and the conkers and chestnuts had a personal, special meaning. It is such an honour to contribute to people through artwork, and I'm always relieved when the recipient is happy! 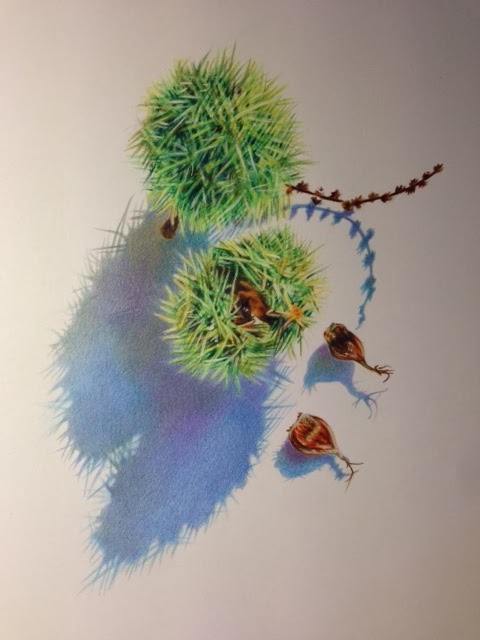 The light during the autumn is very variable, sometimes shadows are colourful and strong, other times very weak. Strong in the drawing above, weaker and more 'diluted' below. 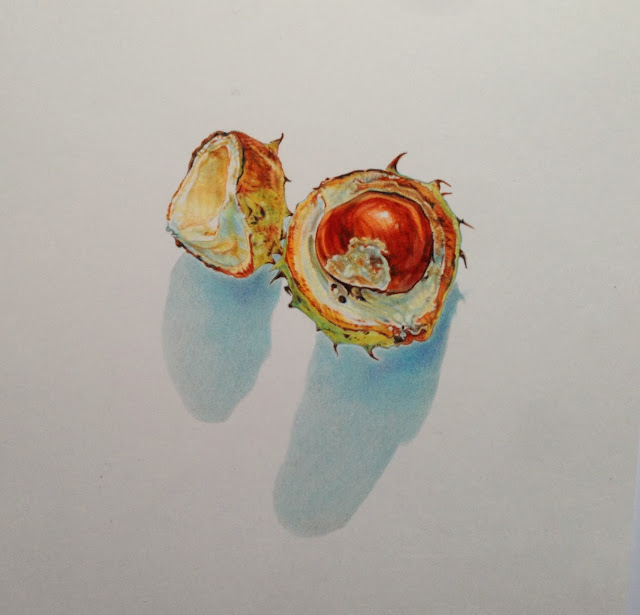 A week later when I was walking the dog I stopped in my tracks... There, under the same tree, the ground was covered with chestnuts, as if someone had pushed a switch making the whole lot fall at once, with ALL the shells opened, naturally. Sheesh! 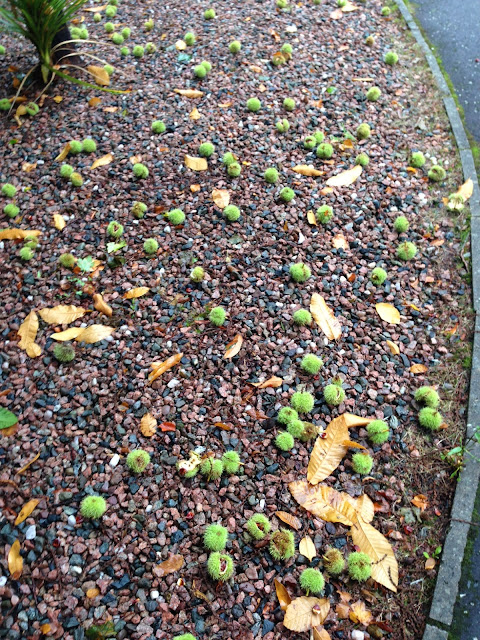 Of course, by then I was addicted, and filled my bag, again... And leaves, oh my goodness, the LEAVES... 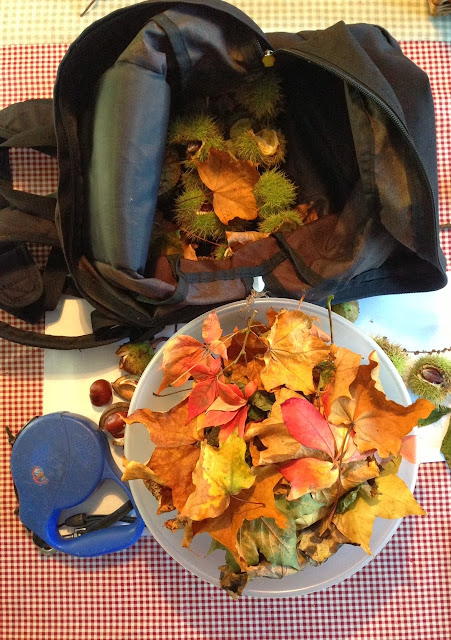